Requirements: Rebuild the WOL Camps website with easier maintenance and the ability to support multiple sub-brands.
View the project 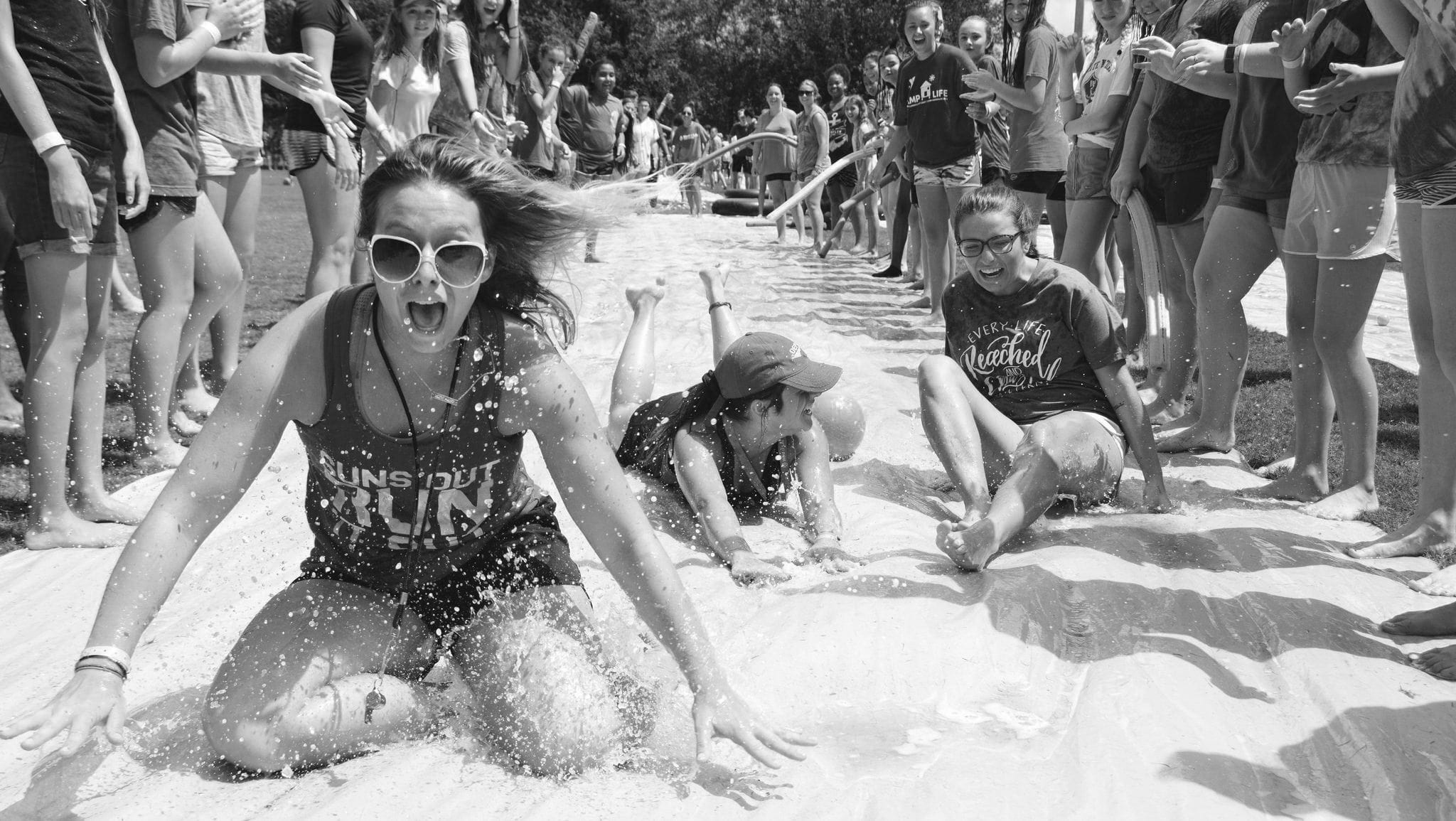 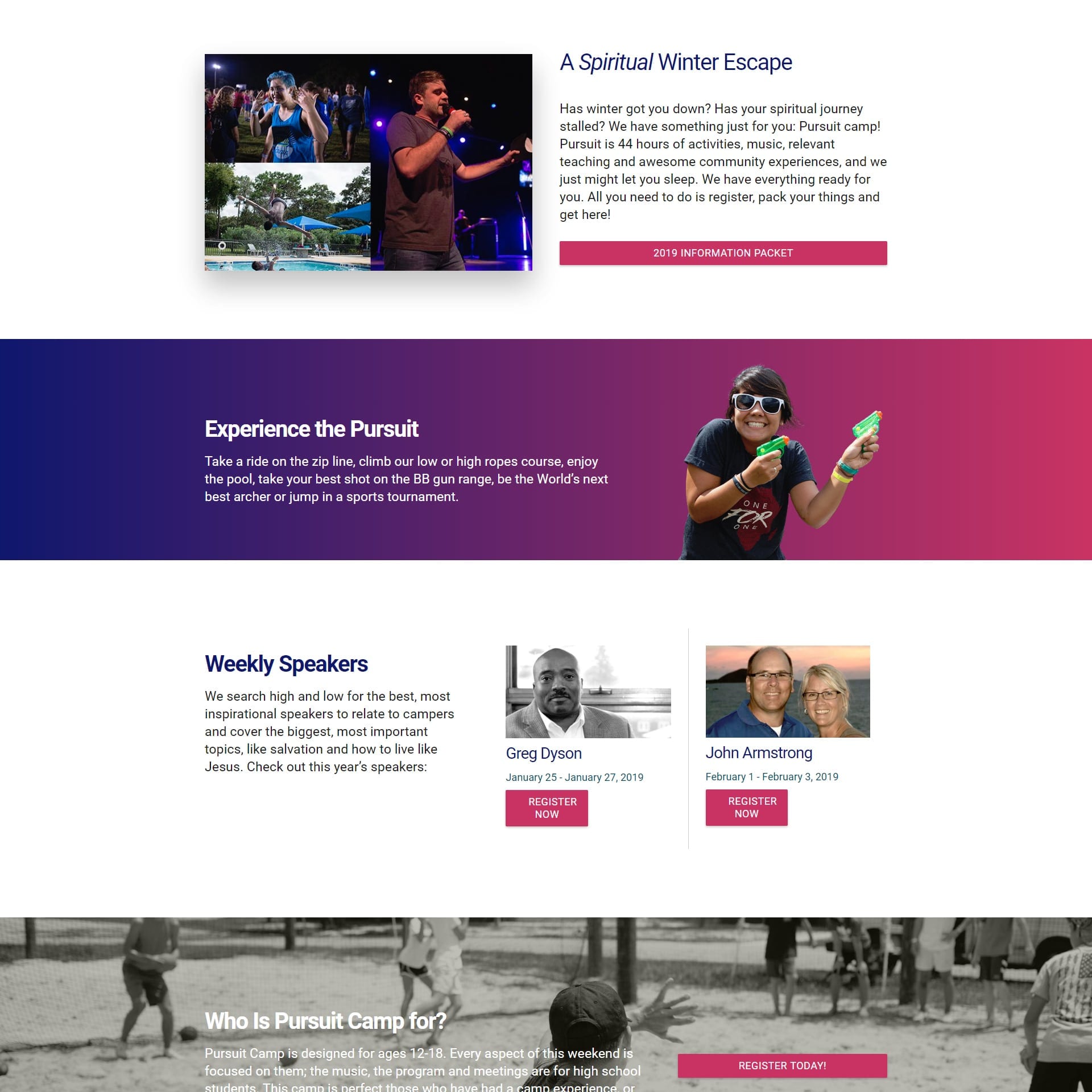 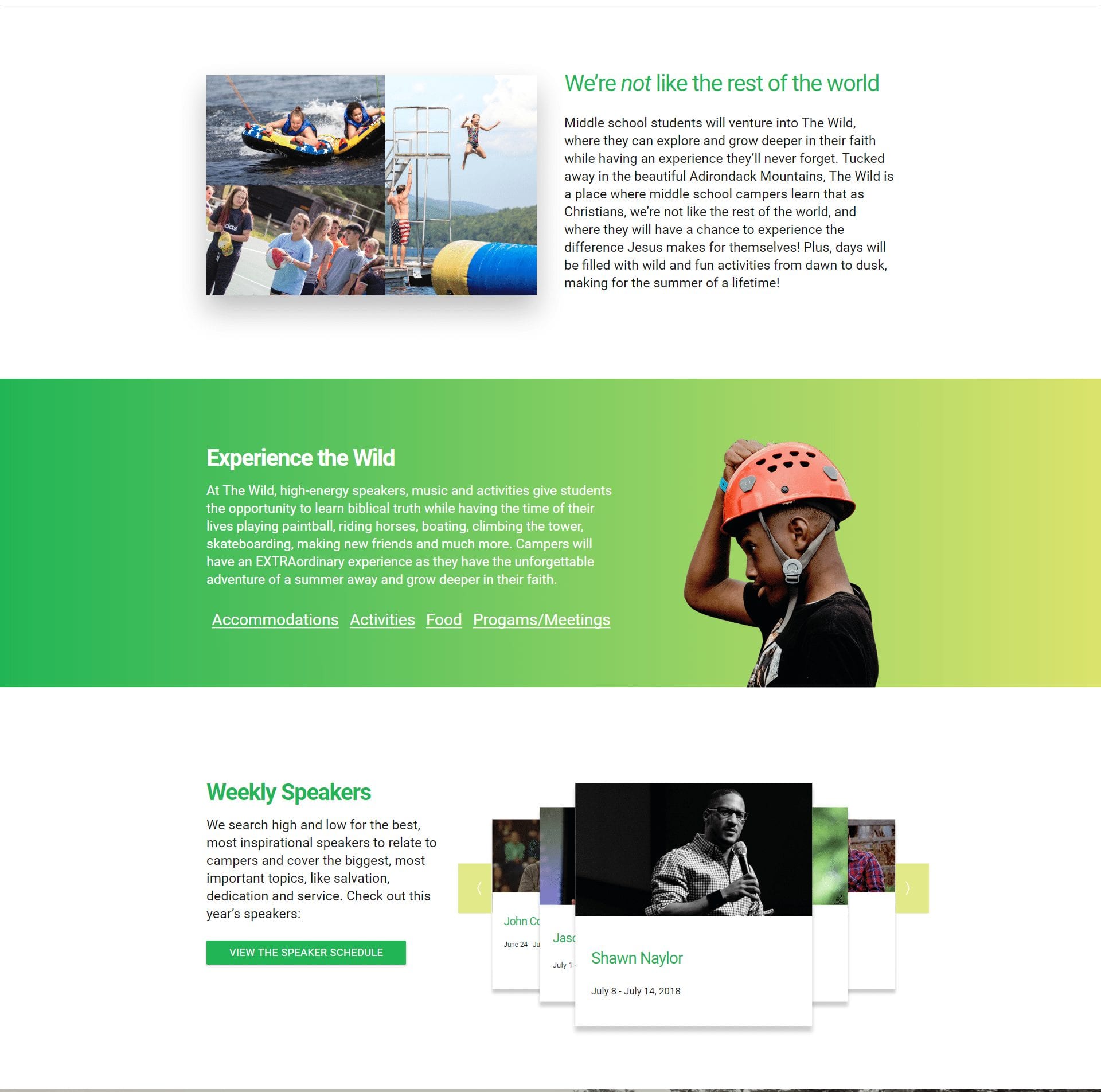 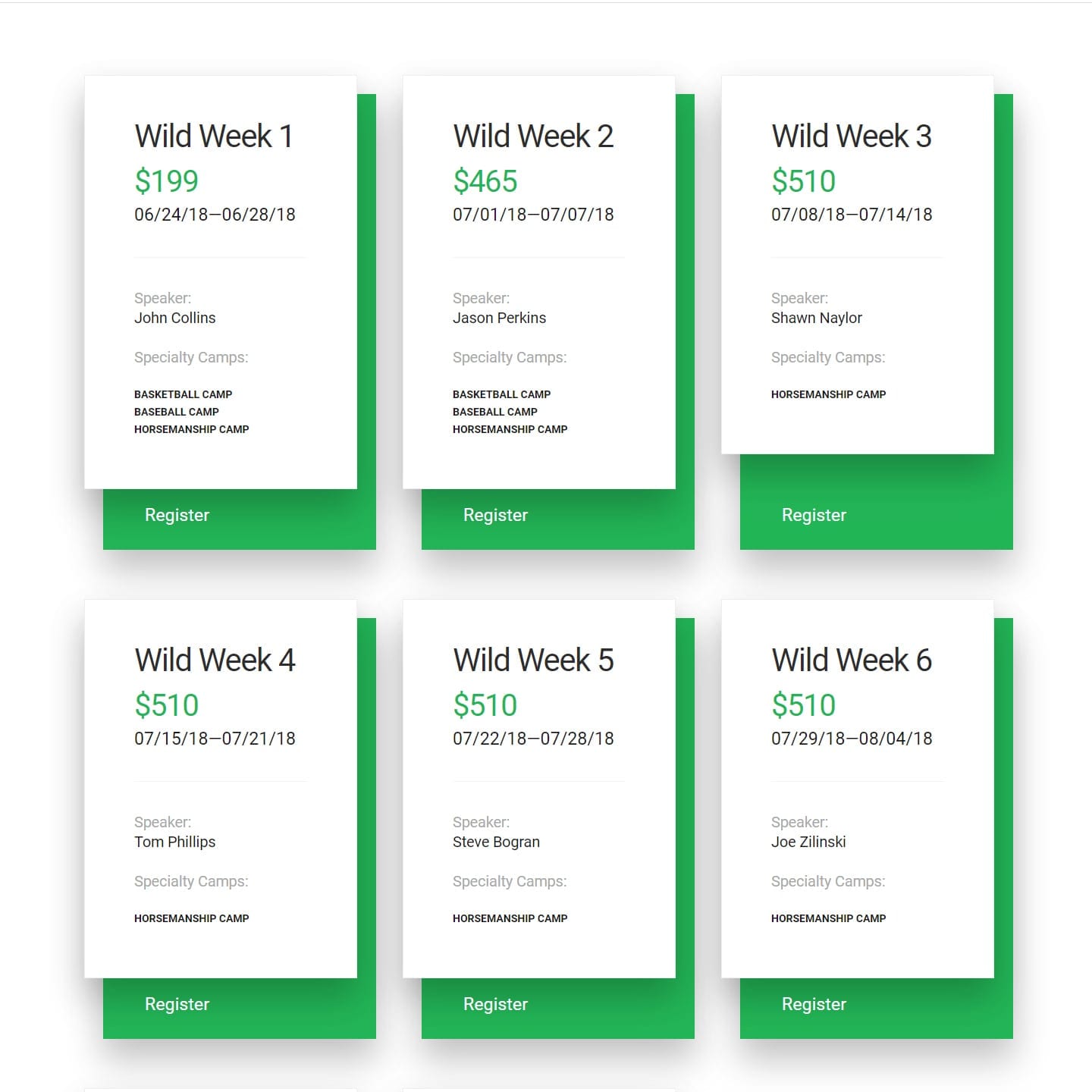 Word of Life began operating camps in the late ’40s and is still going strong! At the moment they run 6 youth camps, with more for families too! On top of all that, they offer tons of conferences and retreats throughout the year.

As you can imagine, they had a ton of data! A lot of their camps had shared assets, like speakers, activities, and sometimes even concerts. Since the same speaker could be at a few different camps over the course of the year, there was a lot of duplicate work going on.

The dream was to put all of the camps and retreat data on one simple (read: refined) site, where each camp could also retain it’s unique branding.

As we began the planning phase we had two major goals:

Since this site was really going to be more like a collection of microsites, we needed to make sure that we had a bullet-proof strategy for our styling from the outset. By spending the extra time in the planning phase we were able to set up an incredibly refined process to restyle entire microsites with just 11 lines of code in the stylesheet and a single word added to a page to connect it to those styles.

When it came to making the content play nice together, we established a complex network of relationships. Remembering that complexity in the structure can create simplicity for the user, the folks at Word of life can now make blanket updates to their sites with a few clicks.

More specifically, we decided to center everything around weeks of camp – since the weeks are where the unique dates and pricing mattered. Everything else became a set of data that could be set up once, then attached to the given week. The list of weeks is generated entirely based on the data relationships. No webmaster needs to edit this page. Ever.

While this project was quite a bit of work, we had a blast putting it together. We love solving puzzles and finding the most efficient way to build. So (obligatory sales pitch), what can we simplify for you?

Ready to Get Started?

Just send us a quick message and we'll get in touch as soon as we can. We'd love to meet you!
Get Started

Ready to Start Your Own Project?

Every project starts with a discovery meeting where we collaborate together to define the goals, constraints, and next steps for your web project. Fill out the form below to get started!

Tell us how we can help